Also know as the K-T Band, this sample contains an iridium anomaly which characterizes it as asteroid-laden dust described succinctly by Jim Broda as the “Dinosaur-killing cloud of extra-terrestrial dust from the K-T Band”.

The split core samples in the image below show the dark area called “the injecta layer” and K/T Boundary. 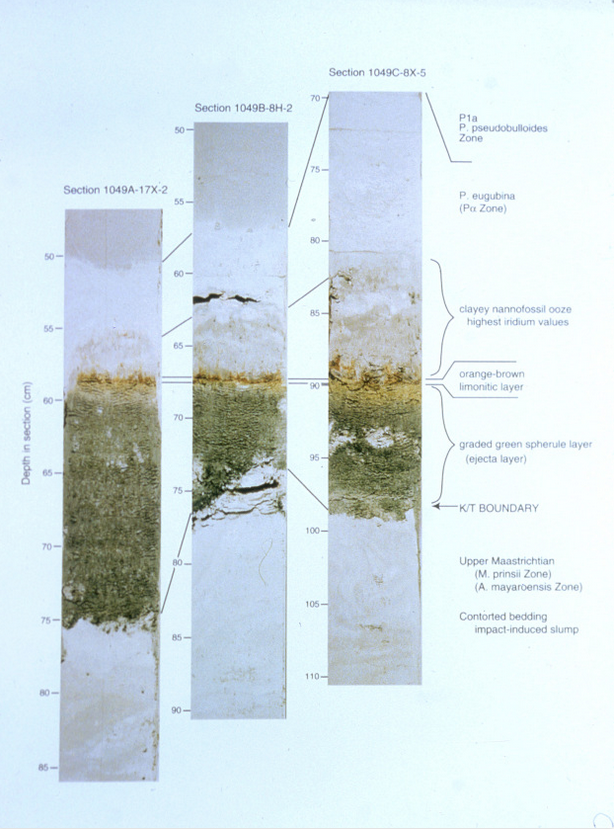 Thanks to Brian Huber at the Smithsonian’s Museum of Natural History, for giving me permission to use this slide.
I have this material because I made a gift to memorialize Charles David Hollister, which I gave to the Woods Hole Oceanographic Institution.  A small amount of the sediment remains.  For more information, search with keywords found in text here as well as the name Luis Walter Alvarez, a physicist awarded with a Nobel Prize in 1968.