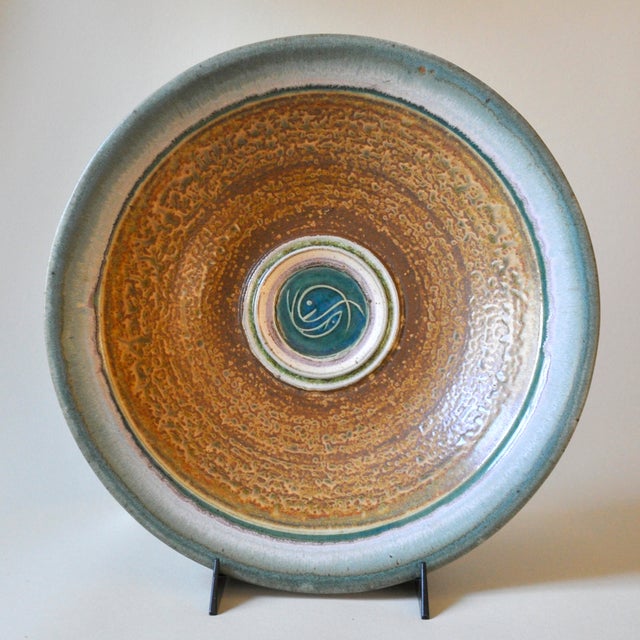 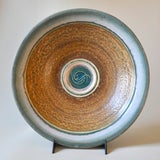 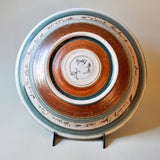 The glaze is filled with foraminifera shells which make the golden speckles; sediment was applied more thinly on the exterior than on the interior. LLoyd Kegwin, who gave me the sediment said it's from "Where the Gulf Stream turns," but that was in 2001 and can be different now. The sediment's coordinates are written on the back and describe a site also known as Norfolk Slope, east of Virginia Capes.

Center turquoise and matte glaze on rim are glazes assembled from refined materials. A band of sea-glass surrounds the central two fish.

NOTE: there is a minute surface crack near the center that does not go through the clay wall -- you'd probably never notice it but I saw it. It wouldn't interfere with use.

Sold Out
Add to Cart