STUCK WITH A LEMON (of my own making)

I designed and built a kiln that produced uneven heat while consuming huge mounts of fuel.  I used it for ten years and consulted with experts and every book I could get my hands on.  A few people offered their insights and technical skills -- a story for another time.  I wrote to Phil Homes in 1990 and what follows is a quote from his reply and after that is an image gallery of the four-page letter he wrote to me.

"Part of the answer is easy -- gas needs space to burn, and your kiln isn't big enough to burn all the fuel you're putting into it (thus burning in the stack....also, as a part of the same concept, propane is a long flame anyhow, and the higher the pressure, the longer the flame -- building the interior 'chimney' did increase the length of the flame path, which was good, but it also cut down on combustion space).  Anyhow, kilns will stall if you add too much fuel, because there is no place to burn it (in the kiln) just as a bonfire can be smothered by too much fuel (the air needed to support combustion can't get through all the unburned fuel to get to the point of combustion, so the fire dies).  So you don't need more pressure/more gas: it is true that high gas pressure entrains more air in venturi burners, BUT that applies most particularly to VERY HIGH gas pressure -- like 25 to 30 pounds per square inch.  You should be able to fire that kiln on 5 psi (60 oz per inch?) or less.  The B-4 burners are very ample for a kiln that size.  You have several variables to deal with, as follows:" 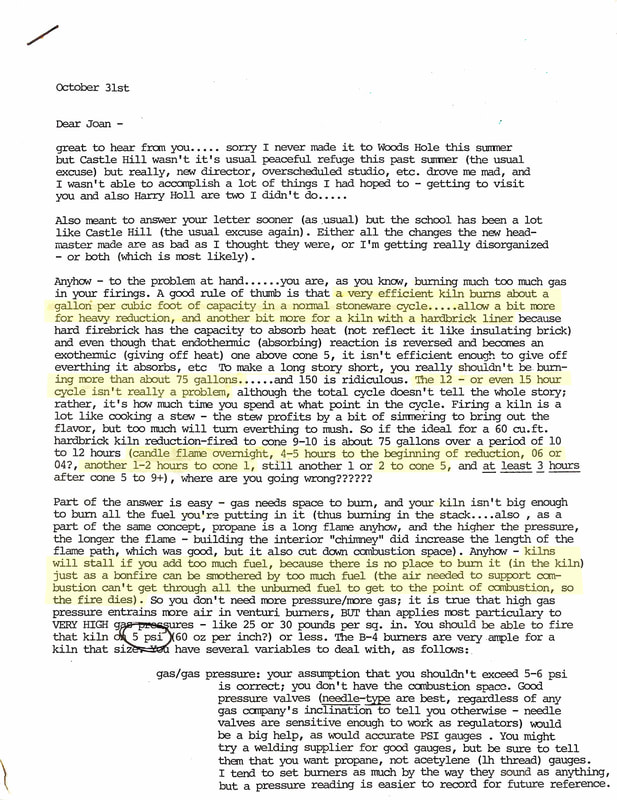 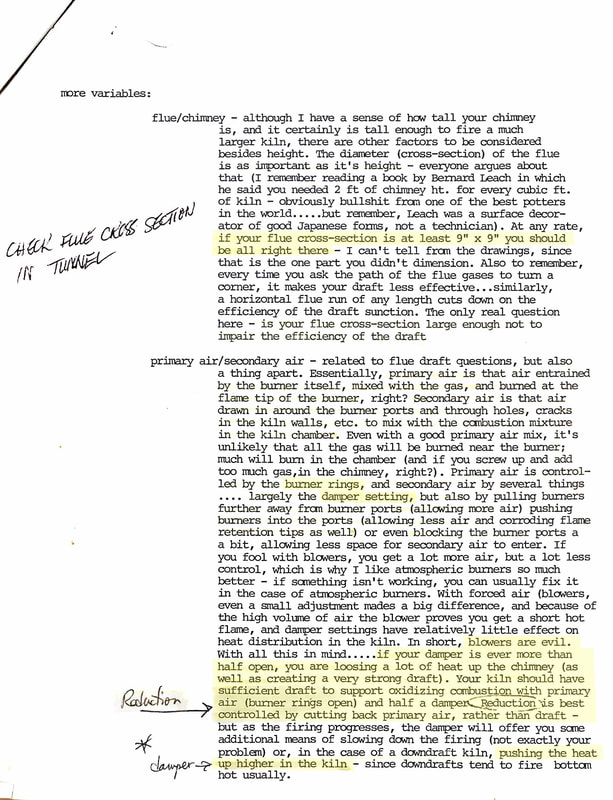 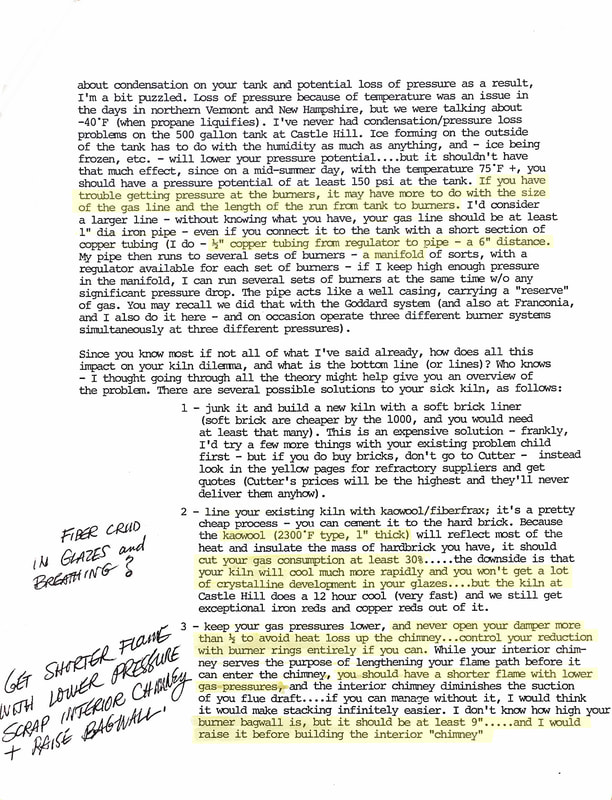 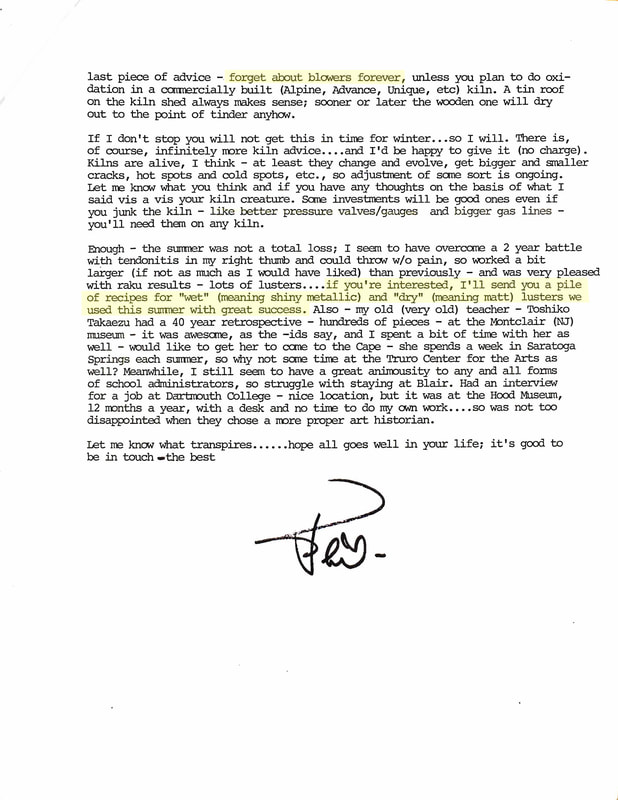 A Tribute to Phil: Touched and Being Touched

His words:  "It was never my intention to become a potter.  I began by formal studies in the field of architecture.  There are many common aspects between the two - form, volume, function, proportion, the nature of materials - It is not necessary to leave one path to arrive at the other.  The transition was effortless and also inevitable.  I have been working with clay for fifty years.  I cannot imagine doing something else.

Over time, my work has changed considerably...from a preoccupation with utilitarian form... to focus on expressive form and surface...to a greater awareness of the role of process and tradition in the character of the work.  I have long admired the strength and serenity of the Japanese object.  The variation of surface and pattern as a result of glaze application and firing method has become increasingly important to me.  The forms and surfaces, and the volumes they define, have become more subtle.  I am by choice a vessel maker, committed to the potter's wheel.  Still, bits and pieces of earlier interests remain.  Nothing is ever lost, rather, it is assimilated as part of a larger concept.  The vessel tradition, utilitarian function, and subtlety of form and surface are not mutually exclusive.  Each enhances the other.   I am seeking to reflect this in my work."
Shot in Asheville NC, 2014 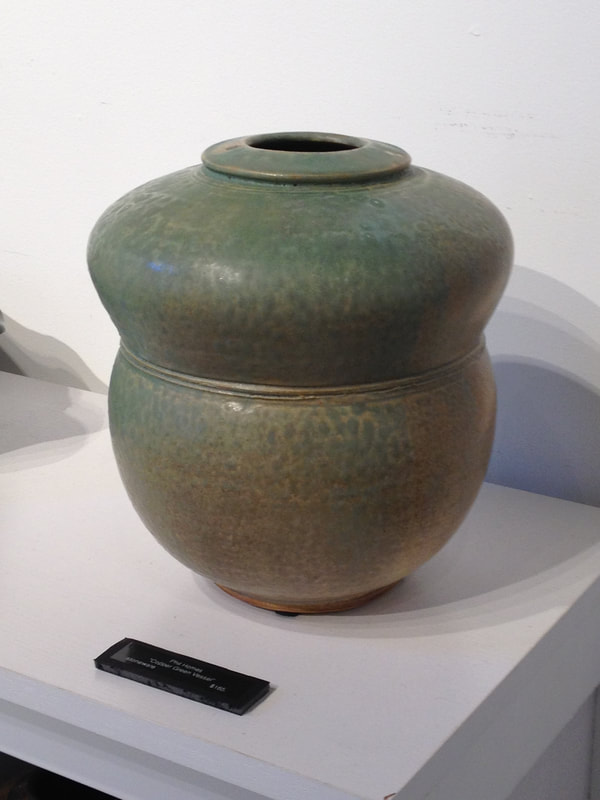 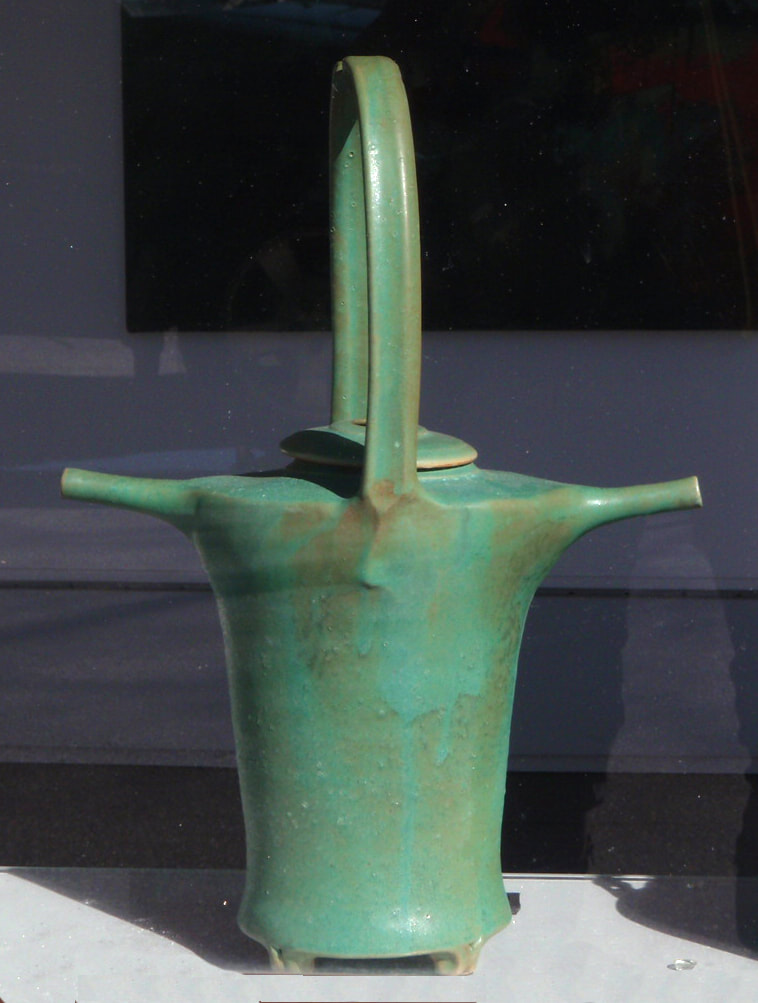 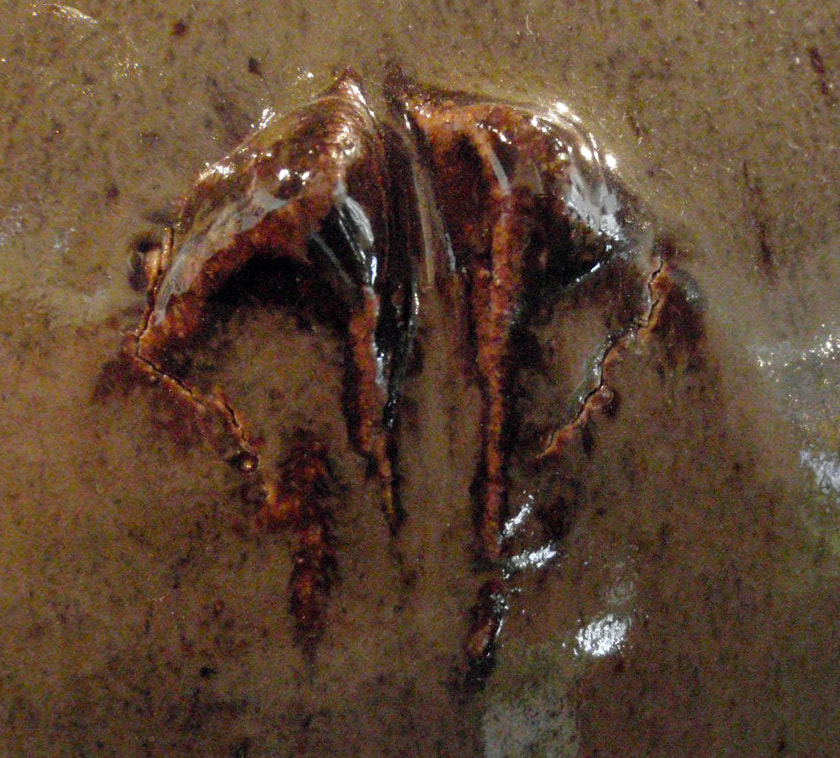 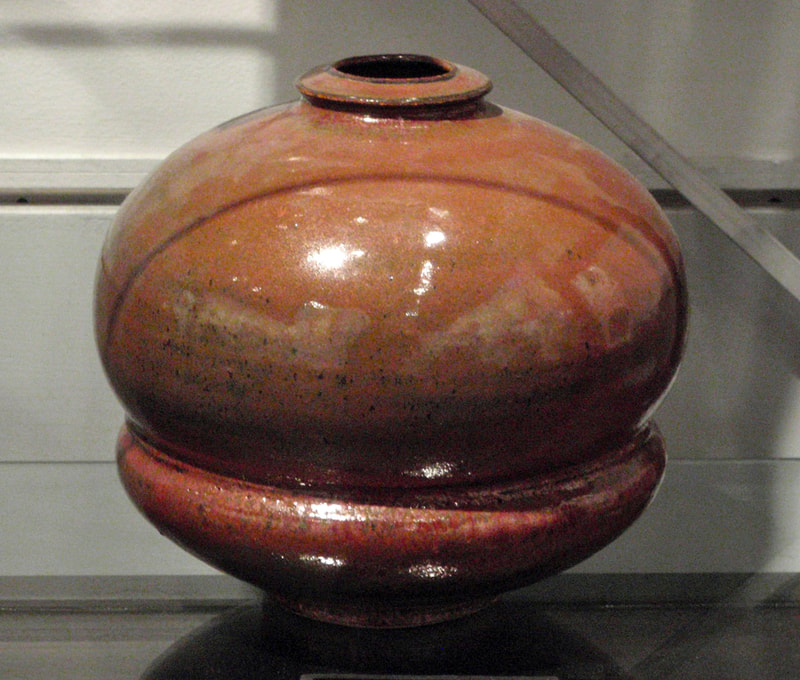 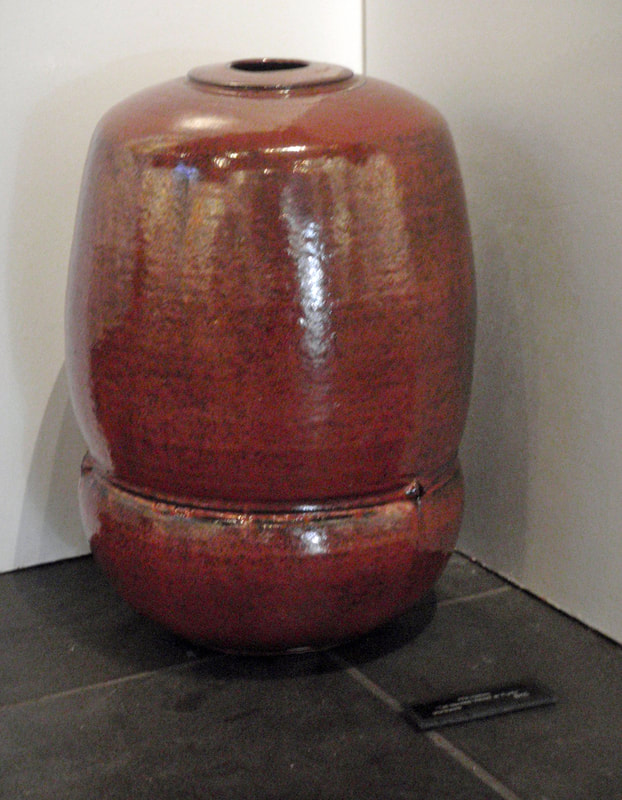 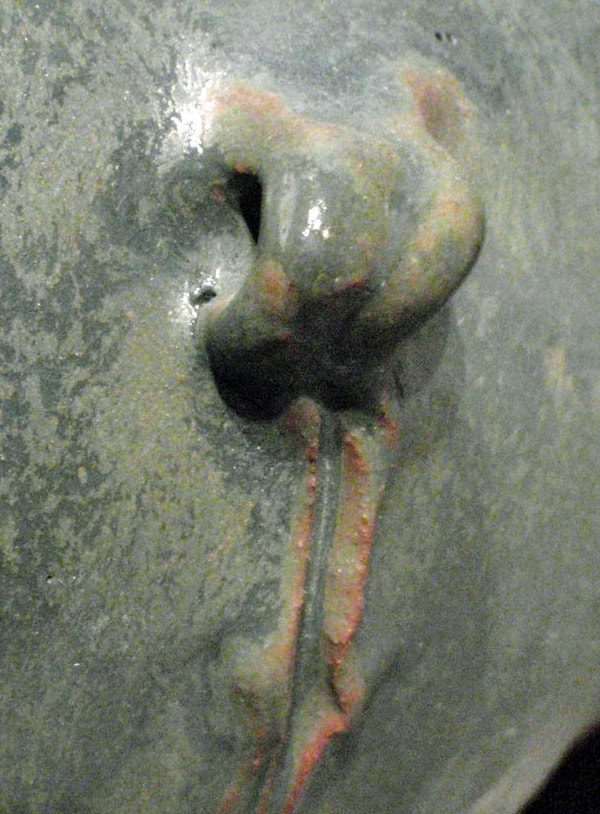